CHANGE created the Sexual and Reproductive Health and Rights Index: Grading U.S. Global Health Assistance to critically assess the U.S. government’s policies on sexual and reproductive health and rights (SRHR) and hold it accountable to its commitments to SRHR by grading it annually. On December 12, 2018, CHANGE launched the SRHR Index at the District Architecture Center in Washington, D.C. Soraya Chemaly, director of the Women’s Media Center Speech Project moderated a discussion featuring Gary Barker, President and CEO of Promundo-US and Commissioner of the Guttmacher-Lancet Commission on SRHR; Terry McGovern, Harriet and Robert H. Heilbrunn, Chair and professor in the Department of Population and Family Health, and Director of the Program on Global Health Justice and Governance at Columbia University Mailman School of Public Health; and Serra Sippel, President of CHANGE. Following the panel, Bergen Cooper, CHANGE’s Director of Policy Research, unveiled the SRHR Index, including presenting methodology and grades, as well as how to use the website. During the event reception, attendees had the opportunity to interact with the tool on 60 inch touch screens and their personal devices.

Timed to coincide with the UN Commission on Population and Development, CHANGE hosted a second launch of the SRHR Index on April 1, 2019 at the Ford Foundation Center for Social Justice in New York City. CHANGE’s President Serra Sippel kicked off the event with a welcome, acknowledging our funders as well as our partners at the Global Women’s Institute at the George Washington School of Public Health, and Forum One. The event was moderated by Charlotte Bunch, founding director, Center for Women’s Global Development and distinguished professor of women’s and gender studies at Rutgers University. Panelists included:

Bergen Cooper, CHANGE’s director of policy research gave a “Ted Talk” style presentation of the Index, including walking the audience through the methodology, the grades, and providing a tutorial on how to use the tool. 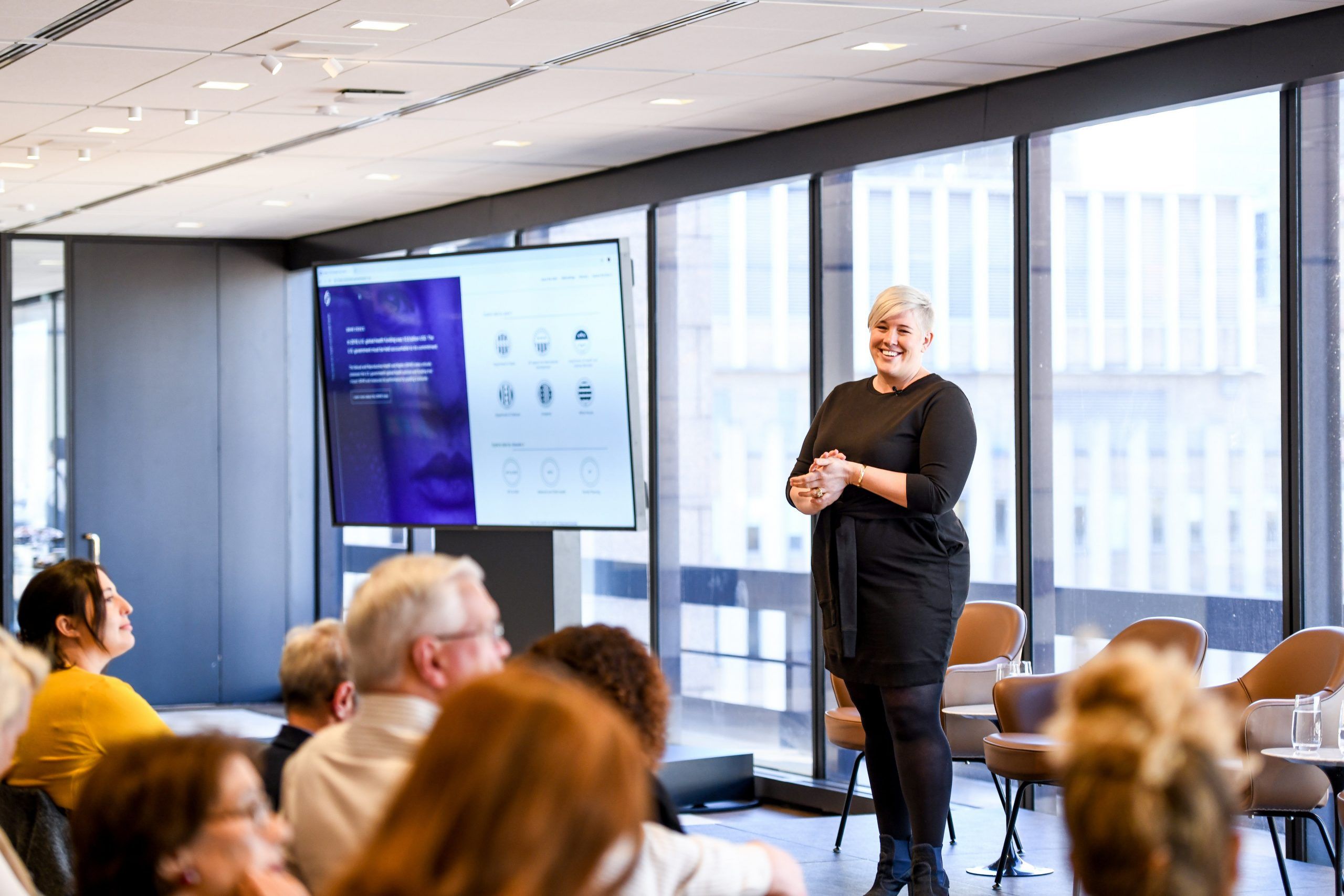 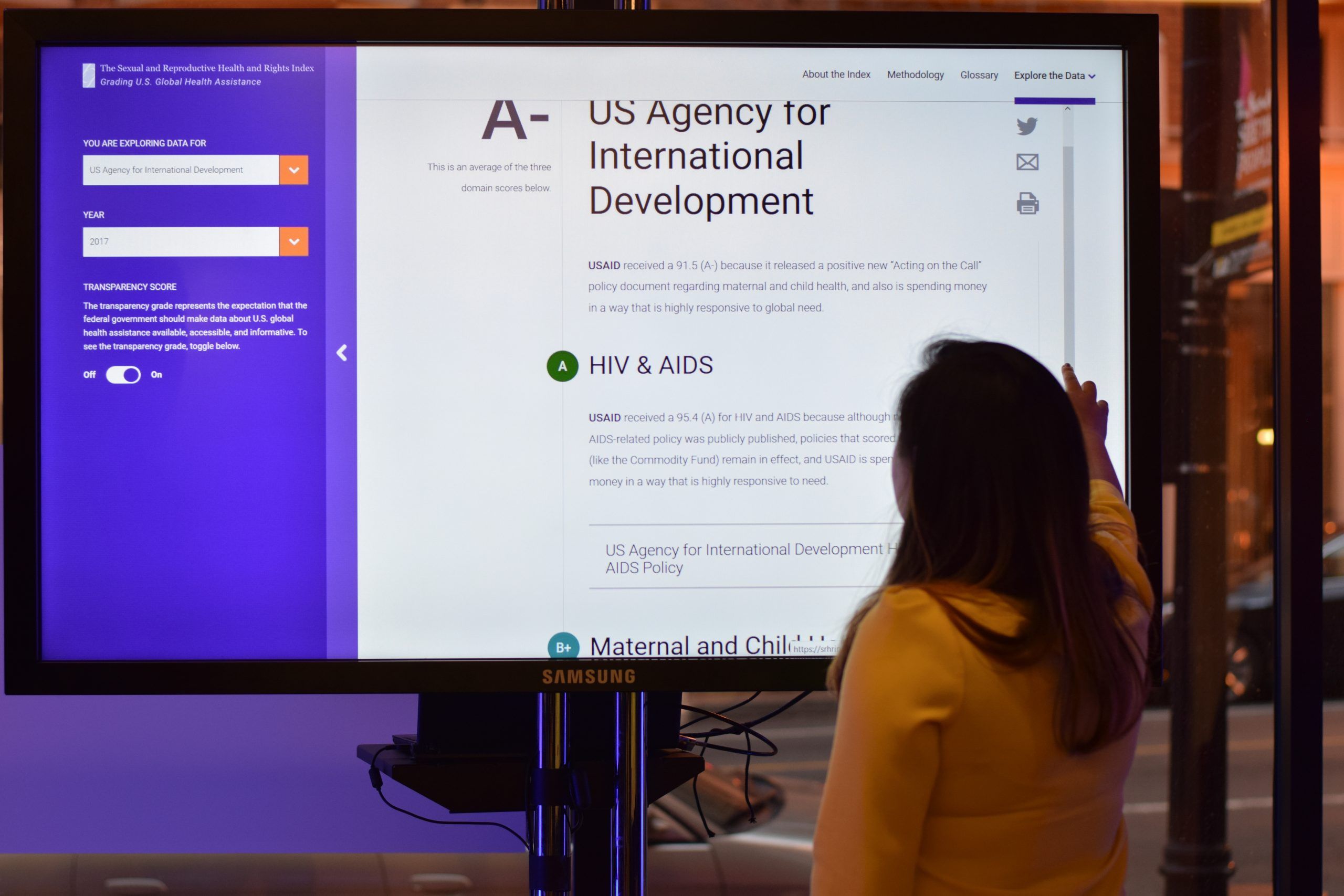 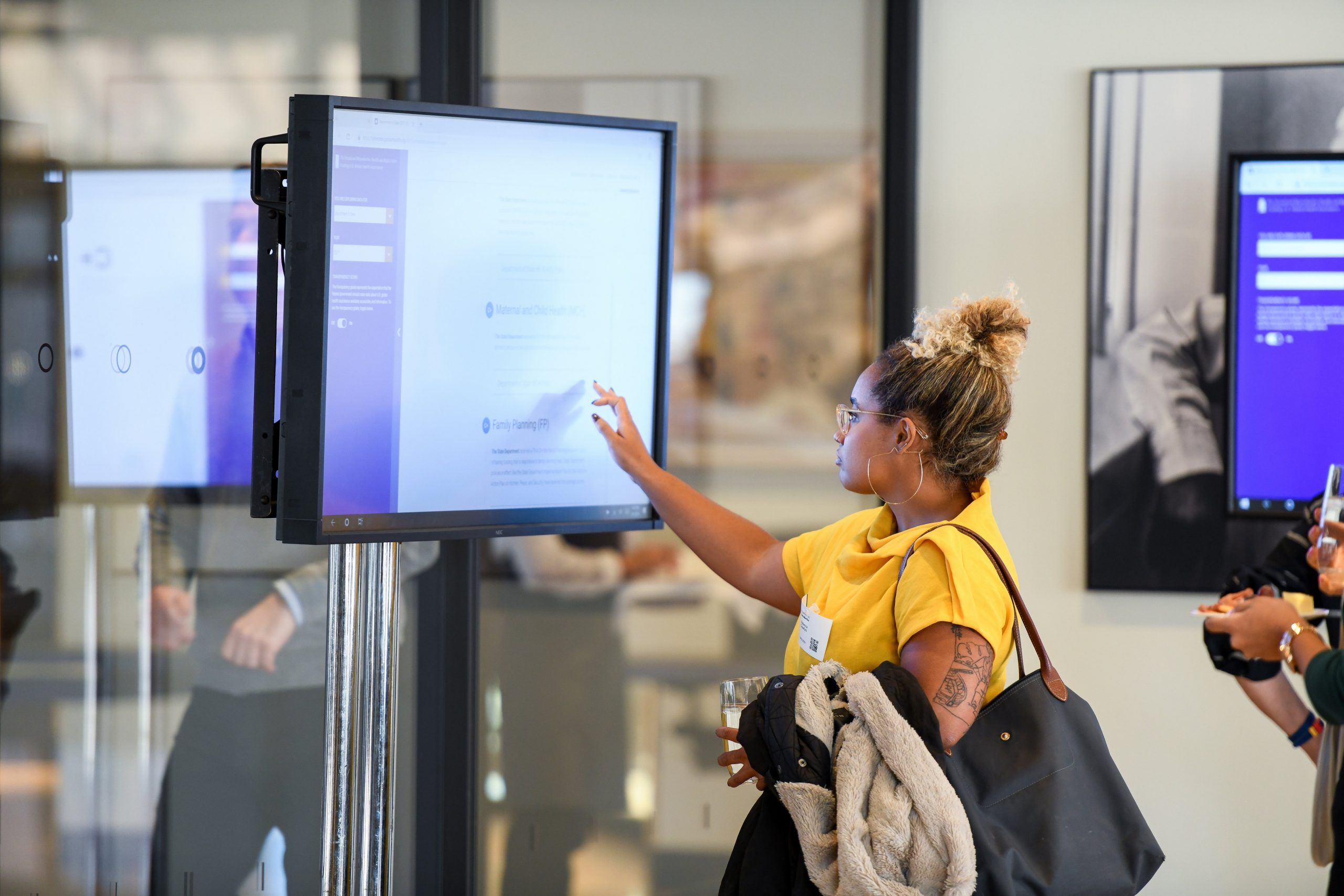